How will the new laws on Forced Marriage effect those they are designed to protect? We discusses the implications for victims. 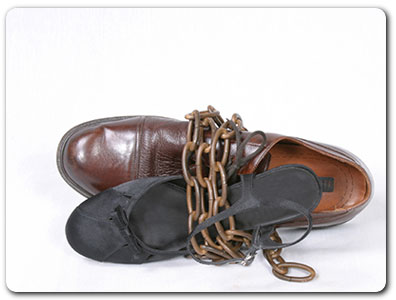 Forced marriage is not a widespread problem in Scotland. Nevertheless when it happens the results can be disastrous for the people concerned. The culture in which it thrives has tended to encourage the practice of honour- based violence, even in Scotland.

The Scottish Parliament passed the Forced Marriage etc (Protection & Jurisdiction) (Scotland) Act in 2011 in order to provide support for vulnerable people who might be victims of this phenomenon which, although it has low incidence, it’s high impact.

The Scottish legislation allowed for a criminal offence of breach of a Forced Marriage Protection Order, but forced marriage itself was not made a crime. The intention was to encourage people to report forced marriage to the authorities so that something could be done about it. The thinking behind that decision was that forced marriage thrives when it is unreported, and therefore the law should do nothing to discourage reporting.

Unfortunately the UK Government has now signed Istanbul convention which has required the UK jurisdictions to criminalise forced marriage. That was done via a legislative consent motion by the Westminster Parliament even though family law is devolved to Holyrood. When that law becomes effective then forced marriage, or any attempt to force a marriage, will become a crime and a young and vulnerable person who has found him or herself in that position will have to decide whether or not he or she wishes to criminalise members of his family by making a report to the authorities.

Forced marriage is a phenomenon which has been around for a very long time and will remain with us, even in Scotland, unless it is addressed by a campaign of public education. The education must not only for the potential perpetrators and victims but also for those in the wider community who might be in a position to spot when forced marriage is a possibility.

One of the problems with any law on this difficult subject is how to define forced marriage. The statute does it neatly but it may be difficult to apply the definition in practice. The statute requires that the force should be directed at making the victim enter into a marriage without that victim’s free and full consent and the plainest example is ‘… marry this man or else we will kill you….’. But what about ,… marry this man or else we will stop funding you university attendance…’? or,’… we will never speak to you again…’? At what point is the force enough for a civil order or a criminal prosecution? Clearly, the force need not be a free-standing crime and can be psychological or physical.

Common Law Marriage – Have we moved on?