We discuss the media reporting of the custody battle between Madonna and Guy Ritchie and the limits of the courts when the child is a teenager with a free will. 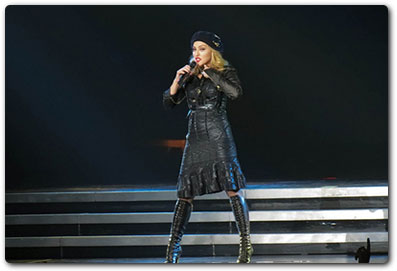 Most of the tabloid press, and other papers that ought to know better, have been full of the story of the dispute between Madonna and Guy Ritchie over the residence (which the Journalists call “custody”) of their 15 year old son, Rocco. The couple divorced in 2008 and the boy then lived mostly with his mother, step-sister and adoptive siblings. The singer whose real name is Madonna Louise Veronica Ciccone, continued to work and to tour taking all of her children with her, hiring tutors for their education.

There seems to have been a dispute between the boy’s parents around the styles of parenting. The details of the dispute and its rights and wrongs depend upon which paper you read. It’s enough to say that a New York court made an Order that Rocco should be with his mother pending a full hearing but the boy himself disagreed and took himself back to London and to his father where we’re told he would prefer to stay.

The story is surrounded by fantastic wealth, glamour lifestyles and show business gossip but at the root of it is an adult dispute over a child and as usual it will be the child who bears the brunt of the dispute.

If a child is taken unlawfully from the country of his habitual residence then under The Hague Convention the courts of the country to which he goes should, in most circumstances, send him back again. That does not mean that the child will not end up in that second country but the Convention deals with the question of which country’s courts should decide where the child should be. As in most areas of family law there are exceptions and the strong wishes of the child can be taken into account.

In this case it appears now that the mother has withdrawn her application to the English court and so Rocco is likely to remain in London with his father.

There are lessons to learn from these circumstances, mainly that if a child leaves the country of his habitual residence and the residential parent wishes the child’s return then although the law suggests that that should happen, it cannot necessarily deal with the case of a 15 year old boy who has a strong preference to stay away, and who’s able to move under his own steam.

Somewhere in the middle of all the allegations and counter allegations the best interests of the child can be obscured, and this is as true in Wellwood as it is in Hollywood.

Habitual Residence of a Child

Dr Foster and Lessons in How Not to Co-Parent