Imagine, in the course of negotiating your divorce settlement, you tell your partner that they can keep one of their biggest assets and they don’t have to give you anything in return. Doesn’t sound like a good idea, does it? 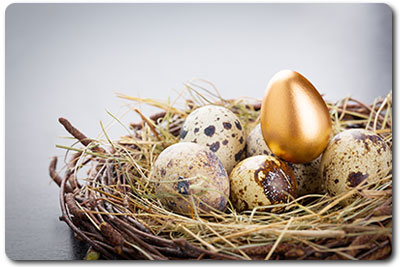 However, new research published by Scottish Widows1 suggests that 7 out of 10 women in England and Wales do not include pensions in their divorce settlement. Although comparative figures are not currently available for Scotland, it is still a worrying statistic.

For many clients their pension is one of the biggest assets they have and in some cases can be worth more than their house. Despite that, clients often say things like they feel their spouse worked for their pension and that they don’t want to take any of it from them. This can have significant consequences, particularly if one spouse has a large pension and the other has little or no pension provision. This is stereotypically the case for women who, traditionally will have smaller pension provisions than their husbands due to taking time out to have children and then subsequently working part time. The Scottish Widows report provides that 24% of women had a smaller pension pot than their husband.

The second consequence is that the spouse with little or no pension provision will have either very little or nothing in their pension pot at retirement age. They may find that they simply do not have enough to fund their retirement and are reliant on the state pension. Taking pensions into account may enable them to have a pension pot for their own benefit on retirement. This can be achieved by pension sharing.

…the spouse with little or no pension provision will have either very little or nothing in their pension pot at retirement age.

For couples who have pensions of broadly similar values then it may be appropriate for them each to simply retain their own. Otherwise, there are various options to ensure that the value of pensions are included in the overall fair sharing of the matrimonial property. The value of the pension could be offset against other assets or liabilities or alternatively a pension share could take place. Which option is best will depend on individual circumstances as well as both the long and short term financial positions of both spouses.

Clear legal advice early on in a separation is therefore imperative. A financial advisor should also be included in the process to advise about the options.

There is no doubt that pensions can be confusing, complicated and for many daunting to even start considering. The Scottish Widows report indicates that 48% of women have no idea what happens to pensions when couples get divorced. The key is to speak to someone early on and get sensible and pragmatic advice.

Scottish Widows suggest that couples place more value on pets than pensions. There is no doubt that furry friends are invaluable. However, robust advice regarding finances and in particular pensions on separation is invaluable too.

The New Pension Reforms – Benefits and Risks for Separating Couples

The Perils of Pensions in Divorce – Part 2

The Perils of Pensions in Divorce

When is Generosity a bad thing?