In our latest blog we explore how jewellery and other assets obtained during a marriage are valued and divided on separation and divorce. 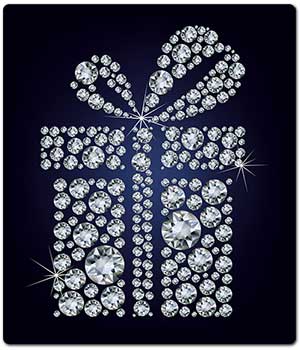 Marilyn Monroe once proclaimed that diamonds are a girl’s best friend! Sparkly and dazzling, they are still one of the most frequently enjoyed rare stones used in jewellery today.

During a separation, the value of diamonds and other jewellery can come into question. Sometimes, professional valuations require to be carried out in relation to particularly significant items or collections of jewellery.

The first thing to be aware of is that jewellery obtained during the marriage will form part of the assets to be divided unless the couple agree otherwise. The exception to that general rule is if the jewellery was inherited or gifted from a third party. Everything else, including gifts between spouses, forms part of the diamond mine. This can come as an unpleasant surprise to the owner of jewellery when they believed that the item was theirs and theirs alone.

This can come as an unpleasant surprise to the owner of jewellery when they believed that the item was theirs and theirs alone.

Secondly, the value attributed will be a second hand valuation and not what was originally paid for the item, nor what it is insured for. In many cases, the market valuation will fall far short both of what was paid and of what the owner anticipates it is worth.

After an item of jewellery is valued by a professional valuer the decision will sometimes be made to sell that item. In the event that item is to be sold, the price realised will often be much less than that expected. Ultimately, the item is only worth what someone is willing to pay for it.

The difference in the value compared to what is actually realised in the event of a sale is important for the owner. The book valuation will be used in calculating the total matrimonial property. That means that any loss between the book value and the price realised might be borne by the owner alone.

Of course the same set of legal rules applies to other items of value such as watches, classic cars, race horses, boats.

Often, the most expensive piece of jewellery purchased or owned will be an engagement ring. Generally, as something that was acquired before marriage that item will be retained by its owner unless it was very clear that if the marriage were to end the ring was to be returned. Examples involve rings which were family heirlooms or had particular sentimental value to the giver.

Wedding rings tend to be less expensive and the usual position is that both parties simply each retain their own.

Inheritance, Gifts and Divorce – what you need to know

Gifts & Inheritance – Who gets what on Divorce or Separation

Alexa, how much will this divorce cost me?

When is Generosity a bad thing?