We discuss the Edinburgh Festival and the Scottish Family Law implications of some of the things which visitors may see this year. 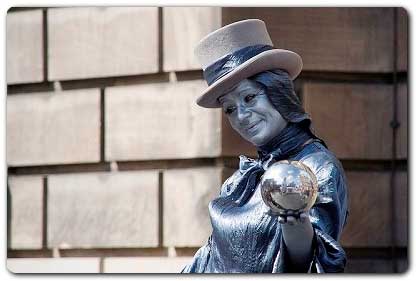 During the Edinburgh Festival many people come from all over the world for culture, high and low. What are the Scottish Family Law implications of some of the things which they may see this year?

Shakespeare’s Macbeth was no doubt guilty of multiple murder including regicide. Such behaviour could fairly be termed “unreasonable” by most people. The point is however that Lady Macbeth might have found difficulty in seeking divorce on the grounds of her husband’s behaviour because although such behaviour is not excused on the ground of mental abnormality, we have to remember that the murders – at least initially – were positively encouraged by Lady Macbeth. The fact that her husband’s violence was never directed against her would not make her action invalid. The test is whether or not the behaviour is such that she could not reasonably be expected to cohabit with her husband. Bearing in mind the history of the case she would probably struggle.

Hamlet never really got on with his step-father, Claudius. Even so, that would not have stopped Hamlet from raising an action for aliment against Claudius in Elsinore Sheriff Court for Hamlet’s maintenance while a student at Wittenberg University. Claudius accepted him as a member of his family (even though he later tried to have Hamlet killed in a rigged sword fight with Laertes) and accordingly he picked up an obligation to aliment Hamlet until he left full time education or reached the age of 25. Hamlet would have had to prove that he had a need for that aliment and that, for a royal prince may have been difficult. Nevertheless he could have raised the action and saved a lot of bother and bloodshed.

Mary Queen of Scots, it’s fair to say, did have a certain number of matrimonial difficulties in her time. Looking at her second marriage to Darnley, she could have divorced him for adultery – he had many affairs with the lassies of Edinburgh. And his part in the murder of Rizzio which amounted to an attempt to induce her to miscarry her unborn child, would most certainly be behaviour rendering it unreasonable that she should have to cohabit with him. As history tells us however another way was found to dissolve not only that marriage but also the heritable property concerned.

Villiers v Villiers – a clear decision issued, but for how long?