An interesting personal injury case emerged recently which included an award of damages for the cost of future surrogacy arrangements to a patient who lost her fertility due to negligent NHS cancer treatment. 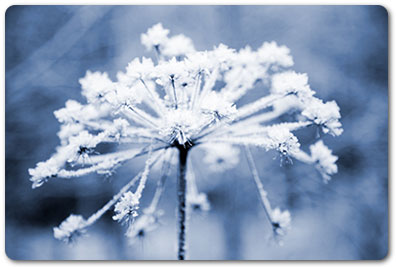 The case of XX v Whittington Hospital NHS Trust is the first time that a court has ever allowed quantum of a personal injury action to include the cost of future surrogacy arrangements.

The hospital admitted negligence when they failed to detect signs of cervical cancer in the patient (hereinafter ‘XX’) in smear tests and biopsies carried out between 2008 and 2013. Due to that negligence XX went on to develop particularly invasive cervical cancer which resulted in a number of medical ailments for her, including complete loss of her fertility.

At the age of 29, XX’s ability to have children was high on her priority list and she even went as far as to delay her cancer treatment twice in order to take second and third opinions on whether there was any way for her to undergo fertility sparing surgery, which it was confirmed was no longer an option for her. The only avenue thereafter open to her was to undergo a cycle of ovarian stimulation and subsequent egg harvest to allow her to cryopreserve her eggs for future use through surrogacy.

Costs of two future surrogacies in the UK awarded

However, the judge did award £74,000 for the costs of two future surrogacies in the UK following the rules provided under our law. Expert evidence was led to quantify the average cost of each surrogacy arrangement in the UK.

Although an English case, fertility law itself is a reserved matter, and so the legislation considered in this judgement applies to the UK as a whole. The judgement is therefore an interesting consideration for personal injury practitioners who find themselves involved with cases concerning claimants who become infertile through negligent medical treatment.

The idea of compensation to cover future surrogacy arrangements was last considered in 2001, in the case of Briody v St Helens and Knowsley AHA. In this case the claim was rejected due to the low prospects of success for a successful surrogacy taking place in 2001. The current case goes to show just how much fertility treatment has improved over the last 17 years, and the difference that is making to those who have suffered from negligent treatment who may otherwise have been unable to have children.

It will be interesting to see whether this issue arises to be tested in the Scottish Court, but in the meantime this case will provide an incentive for the future costs of fertility treatment to be considered as part of any negligence claim where that need arises.

If you find yourself navigating the complex world of fertility treatment regulation and don’t know where to turn, BTO solicitors has a family law team here to help. You can also check out our page on Assisted and donor conception and our Fertility Fixed Fee Package.

Beverley is a solicitor within our Family Law team who specialises in fertility law, including the law of surrogacy, IVF and becoming parents in a modern family. She is experienced in dealing with all aspects of family law including financial provision on separation and divorce, cohabitation and cases relating to children. Read Beverley's professional biography.