We discuss a recent judgement from the Court of Appeal which rejected the argument that a person adopted in France to French nationals now living in the UK was a family member for the purposes of entry clearance under the EEA Regulations. 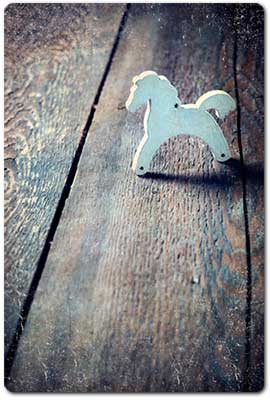 In a rather detailed judgement on 4th November from the Court of Appeal, Lord Justice Laws rejected the argument that a person adopted in France to French nationals now living in the UK was a family member for the purposes of entry clearance under the EEA Regulations. A difficult emotional and practical decision of course and one of significant legal complexity. SM( Algeria ) [2015] EWCA Civ 1109

The application for entry clearance to come to the UK as a family member of an EEA national exercising free movement rights was made after the parents had obtained appointment as legal guardians in terms of Algerian law and subsequently obtained a legal custody deed by the Algerian courts. However the application was refused on the basis that the ECO was not satisfied that the “adoption is legally recognised in the UK and therefore I am not satisfied that under UK law you are related as claimed or that the national of whom you claim to be a family member is a qualified person”. The ECO observed that the respondent was not a family member for the purposes of Para 7 of the 2006 EEA Regulations and also observed that no application for inter country adoption had been made through UKL authorities nor had a certificate of eligibility to Adopt been obtained to qualify in terms of the Immigration Rules directly.

So what went wrong if the child was legally adopted in Algeria ?

The court considered whether the child was the family member in terms of the European Directive ( Art 2 & Art 3 ) and the EEA Regulations ( Reg 7 ) .

The court pointed out that there was an immediate difficulty in the construction of the family unit in that there is no ” EU Law which on its face regulates or prescribes the cases in which a member state should recognise a foreign adoption relied upon to secure entry as a family member under Article 2 of the Directive. Accordingly, member states have their own arrangements” – ( para 17 ).

So in short, each country / Member State has its own legal requirements for recognition of adoption which are fiercely adhered to for those of us who undertake this form of work.

The fact that this couple had not followed the UK’s procedures and regulations in respect of inter country adoption was fatal to their cause.

The court concluded that ” the European legislator has left it to members states to decide on the terms upon which adopted children will be recognised as ‘direct descendants’ within the meaning of Article 2 of the Directive and has done so in the expectation that the international obligations relating to the welfare of children which all the member states have undertaken will be respected. The UK’s rules regarding inter country adoptions are a reasonable and proportionate means of giving effect to those arrangements. They are not remotely inconsistent with any prescription of EU Law” – ( para 24 ).

The Article 8 ECHR consideration was never pursued in appeal. The Upper Tribunal had infact accepted that the refusal did not lead to an Article 8 violation.

Over on the UK Human Rights Blog, Gideon Barth posts a detailed analysis of the case.

This is a guest blog by Grace McGill, Principal at McGill & Co Solicitors

Adoption must be necessary