In recognising that there was no reported decision in Scotland where a foreign adoption order had been recognised and registered at Common Law, Lord Brailsford granted decree at Common Law on 4th June. 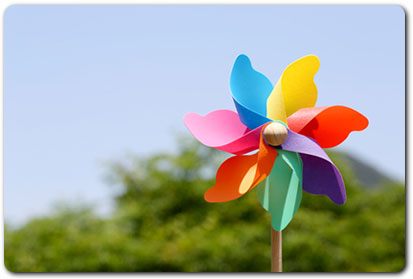 In the case of Ian & Aida Ashford Brown [2015] CSOH 68 the court initially considered the statutory provision regarding overseas adoption as defined by section 67 of the Adoption and Children (Scotland) Act 2007 (“the 2007 Act”) as meaning:

“… an adoption of a description specified in regulations made by the Scottish Ministers (being a description of adoptions effected under the law of any country or territory outwith the British Isles), but … does not include a convention adoption”. A convention adoption means an adoption effected under the law of a convention country outwith the British Islands (section 119 of the 2007 Act). The “convention” referred to is the Convention on Protection of Children and Cooperation in respect of Intercountry Adoption, concluded at The Hague on 29 May 1993 (section 119 of the (2007 Act). Regulations made under the 2007 Act provide for the recognition of overseas adoptions in Scotland and the schedule to the regulations stipulate the countries to which the regulation applies (Adoption Recognition of Overseas Adoption (Scotland) Regulations 2013/310).

In this instance the country was Ethiopia which is not a country referred to in the schedule of the regulations nor is it a signatory to the Convention.

The court appointed an amicus curiae in the absence of a respondent to the action to ensure that the argument in favour of granting recognition was properly considered. The starting point in determining the competency of the application is the consideration that there is no statutory impediment to the recognition of a foreign adoption under common law in Scotland. Section 39 of 2007 Act provides that the meaning of “adoption” includes, inter alia, “an adoption recognised by the law of Scotland effected under the law of any other country” (section 39(1)(a)). Beyond this whilst it was accepted by both counsel for the petitioners and the amicus curiae that there appeared to be no Scottish judicial authority where a foreign adoption had been expressly recognised at common law the leading Scottish academic authorities on the subject all expressed the view that such recognition was competent.

“(i) Was the adoption obtained wholly lawfully in the foreign country?
(ii) If so, did the concept of adoption in that jurisdiction substantially conform with the English concept?
(iii) If so, was there any public policy consideration that should mitigate against recognition?”

The court subsequently approved the tripartite test recognising that it was sensible and in accordance with justice and brought the laws of Scotland and England together in conformity.

This is a guest blog by Grace McGill, Principal at McGill & Co Solicitors

Adoption must be necessary

International adoptions and the UK’s regulation