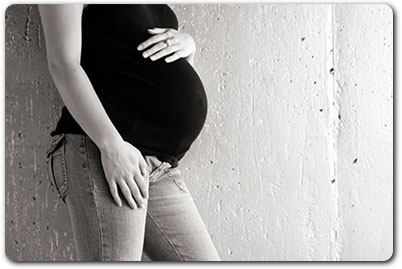 A recent English case has highlighted the importance of families obtaining proper legal advice when considering surrogacy arrangements. The case involved a heterosexual couple whose female friend acted as a surrogate. The couple were unable to have children themselves as the woman had undergone a hysterectomy. They opted to use the man’s sperm and the surrogate mother’s egg to conceive a baby of which the couple would be the parents. They chose to carry out the artificial insemination at home.

A baby girl was born and was handed over to the care of the couple. She lived with the couple until 3 months later when the couple’s relationship broke down. The woman left the home and took the baby to live with her elsewhere. The woman thereafter applied to the court for a residence order and the complex legal position in which they had found themselves began to unfold.

The circumstances which ensued are fairly convoluted for a blog post but the situation culminated in the couple finding that they were in a very complicated and unsatisfactory position regarding the “parentage” of the child. This was largely a result of the informal arrangement into which they had entered and the insufficient legal advice which they subsequently received. It may be assumed, given that (a) the parties all agreed that the friend would be a surrogate and (b) the friend handed over the child to the couple after the birth, that the couple would automatically be the child’s parents in the eyes of the law. This is unfortunately not the case.

The circumstances in which this particular couple found themselves immediately after the child’s birth were as follows:

The outcome would have been the same if it had occurred in Scotland. The consequences of this in Scottish law would include that:

The other side of this is that the surrogate mother is treated as the legal mother for all of these purposes and therefore has rights that the parties never envisaged that she would have. In the circumstances, this did not cause a practical issue but it is easy to imagine the difficulties that might arise if the surrogate mother suddenly decided to exercise her rights.

In the English case, the court has made a number of orders to bring the legal situation roughly in line with what the parties intended. This has, however, included making the child a ward of court until further order of the court. The parties presumably never envisaged this outcome when they embarked on their surrogacy arrangement.

The case highlights the importance of families seeking full legal advice from properly qualified family law solicitors when considering surrogacy. The final section of the judgement is aptly entitled “a cautionary tale”.

If you would like more information about surrogacy you can contact us here or visit our Surrogacy page and Fertility Fixed Fee Package.

Oh what a tangled web we weave….