People who have been through a divorce are as healthy as couples in stable marriages, according to a new study. BTO partner Lesley Gordon discusses the findings. 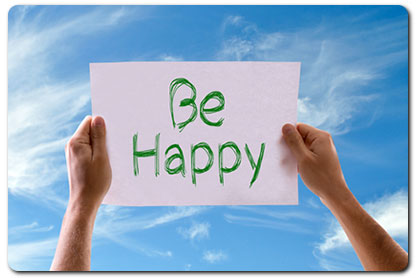 People who have been through a divorce are as healthy as couples in stable marriages, according to a new study*. The study is thought to be the first to investigate the links between partnership status and health in middle age in a large sample of the population that had undergone medical examinations.

The upheaval of divorce, separation and remarriage might not be as bad for health as is generally believed, shows the study by researchers from the University College London institute of education, London School of Economics and London School of Hygiene and Tropical Medicine.

Lead author Dr George Ploubidis, a population health scientist at the institute of education, was surprised by the results. Previous studies have shown that relationship breakdowns can have a negative impact on health. He said:

“I think the results we found are very interesting. We expected that when you have a lot of transitions in life, you have worse health but actually transitions such as separation and divorce do not have a long-term effect.”

Most of the divorcees they analysed had also “bounced back” and started new relationships. “For those people who experience separation and divorce, it appears that as long as they begin another relationship, their health does not suffer in the long term,” Ploubidis explained.

Previous research shows that there are several possible factors to explain the link between partnership status and health. A partner can positively influence your health behaviour, by encouraging you to exercise more, as well as provide important support in tough times. A couple’s income also appears to play an important role in affecting health.

This is a very interesting study for the many Scots each year who separate and divorce. 9,804 divorces were granted in Scotland last year. Statistics also show the majority of us Scots are divorcing in our late 40’s. The divorce rate in Scotland has seen a downwards trend from about 1985, other than a spike in 2006 which arose due to changes in the law regarding cohabitation periods. Since then divorce rates have remained fairly constant over the last few years. This means that the chance for a successful second marriage is much higher than the popular media might have you think.

Commentators are pointing to relationship quality rather than status as being key to happier, healthy lives. We also know that people in unhappy marriages are at greater risk of poor health than divorced people.

The popular media tends to create disaster myths around divorce (depression, financial failure, children’s issues etc.) however, the good news is that this research disproves one of those myths.

Of course health is not the only consideration in a divorce. I know from my practice that a Collaborative approach to divorce is extremely effective in limiting both the negative impact of divorce on children and the pain to your pocket. So perhaps there are more disaster myths out there than you thought?

* “Life-Course Partnership Status and Biomarkers in Midlife: Evidence From the 1958 British Birth Cohort” by George B. Ploubidis, Richard J. Silverwood, Bianca DeStavola and Emily Grundy is available online from the American Journal of Public Health website.

Separation or Divorce – Getting Things on the Right Track

The Brangelina marriage – will the children benefit?

Gifts & Inheritance – Who gets what on Divorce or Separation