The Supreme Court has made a declaration that preventing different sex couples from entering into a civil partnership is incompatible with the European Convention on Human Rights (ECHR). 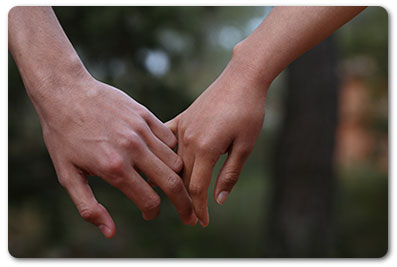 In 2004 the Civil Partnership Act allowed couples in a same sex relationship to legally formalise their relationship. It brought with it a host of rights including in property, succession and on dissolution of the civil partnership.

10 years later, in 2014 same sex marriage became possible. The Civil Partnership Act was (and still is) still in force which means that same sex couples have the option of getting married or entering into a civil partnership. However, that option is not available to heterosexual couples.

Their case was based on the premise that civil partnerships should be available to all, regardless of sexual orientation.

During 2014 Miss Steinfeld and Mr Keidan, a heterosexual couple, nonetheless sought to enter into a civil partnership. They have a conscientious objection to marriage. When their request was refused they embarked upon a court action which ultimately ended up at The Supreme Court. Their case was based on the premise that civil partnerships should be available to all, regardless of sexual orientation.

The Court agreed. Lord Kerr in his judgement stated – ‘I should make it unequivocally clear that the government had to eliminate the inequality of treatment immediately. This could have been done either by abolishing civil partnerships or by instantaneously extending them to different sex couples.’

The Supreme Court therefore unanimously held that the inequality in treatment of same sex and different sex couples was incompatible with article 14 of the ECHR taken in conjunction with article 8 of the convention.

This is a welcome decision. After all, family law requires to keep up with the pace of modern family life.

It is, however, not the end of the matter. Legislation is required promptly to address the inequality. The possibilities are as stated by the Court – civil partnerships might become open to all or else they may be abolished. Could there also be an option to convert existing marriages to civil partnerships?

The Scottish Law Commission are currently reviewing key issues of family law as part of its 10th programme of law reform. This judgement is a timely demonstration that review is required and welcome on this area of family law.