We discuss the Scottish Government’s Qualifying Civil Partnership Modification (Scotland) Order 2015 that could amend the definition of ‘qualifying civil partnership’.

The media hype following the change in law which allowed civil partners in England and Wales and in Scotland to marry may have died down but if the Scottish Government’s draft Order -the Qualifying Civil Partnership Modification (Scotland) Order 2015- becomes law media attention will heighten once again and the spotlight will be on Scotland.

Zachary grabs David's iPhone and takes a photo of his brother while we exchange our vows. #ShareTheLove

Civil partners in Scotland have been allowed to marry since December 31 2014 and in England & Wales since 10 December 2014. Who can forget the photos posted by Sir Elton John of his marriage to David Furnish, surrounded by numerous celebrities and their two adorable sons. On 22 May 2015 following a referendum the Irish Republic voted for same sex marriage and it is estimated that the first same sex marriage will take place there in August 2015.

But what if your civil partnership was not registered in Scotland, England & Wales or Eire or any other country that allows same sex marriage? Is marriage not an option? Not if the Qualifying Civil Partnership Modification (Scotland) Order 2015 becomes law. The consultation period on the draft order closed on 6th July 2015 and the responses have not yet been published but if the draft Order becomes law it will amend the definition of ‘qualifying civil partnership’ within the Marriage and Civil Partnership (Scotland) Act 2014 and modify the Marriage ( Scotland) Act 1977 the effect of which will be to allow persons in a same sex civil partnership registered outwith Scotland to change that civil partnership into a marriage through having a marriage ceremony in Scotland. There will be no residency requirement, only the usual period of notice for all marriages in Scotland. 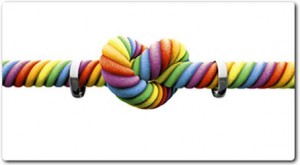 The Scottish Government recognises that there are no guarantees on how such a marriage would be recognised outwith Scotland and this is something same sex couples may wish to take legal advice on before marrying. What is clear is that this is a push by the Scottish Government for maximum possible legal recognition across the world of same sex relationships and is a recognition of the increasing international mobility of the world’s population.